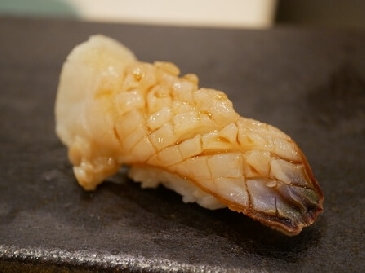 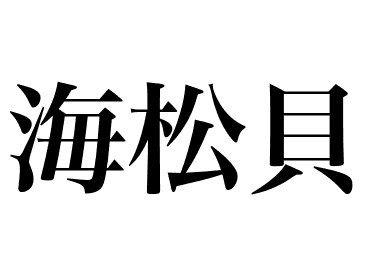 What is Mirugai?
Markets often call this shellfish ‘mirugai’ but the official name is ‘mirukui’. Mirukui dwell in sandy places in waters about 10 to 50 cm deep in inner bays from Hokkaido down to Kyushu. The name is said to have come from green sea fingers (called “miru” in Japanese) that often stuck to shellfish’s siphon so it looked like it was eating the seaweed.

As a substitute for the now rare and highly sought-after mirugai, namigai (Keen’s gaper or Otter-shell). Namigai has huge siphons. They are mainly produced in Kagawa and Ehime, and since the siphon is white, they are called ‘shiro miru (‘shiro’ means white in Japanese)’. Namigai are in season in winter. At conveyor belt sushi restaurants, Alaskan geoducks are sometimes served as a substitute for mirugai.

What does Mirugai taste like?
Mirugai, the most highly-valued shellfish. Firm, fine texture and fresh scent of ocean with juicy sweetness. It was once harvested from Tokyo Bay when the waters were rich with shellfish, but these days it has become a pricey sushi ingredient because there are few places it is harvested in Japan.

Related contents:
What is Shiromiru?