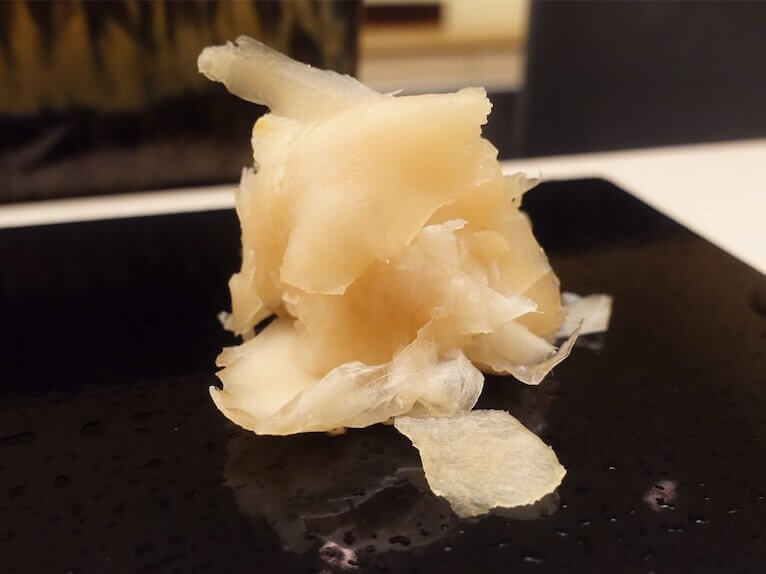 Originally, ginger itself was called “gari”, and gradually it came to mean ginger that was pickled in sweet vinegar. Like ‘murasaki’ and ‘agari’, the word ‘gari’ was originally an industry term, so it was a word used only by the staff at sushi restaurants, but nowadays it’s used by the general public. Gari, along with tea, plays an important role in eliminating any fragrance, taste or fat lingering in your mouth from a sushi topping so you can enjoy the next piece to its full potential. Also, shogaol and zingerone, which are the true essence of the pungent and aromatic components of ginger, have the effect of suppressing bacterial growth, and depending on the type of bacteria, they can even have sterilization effects. 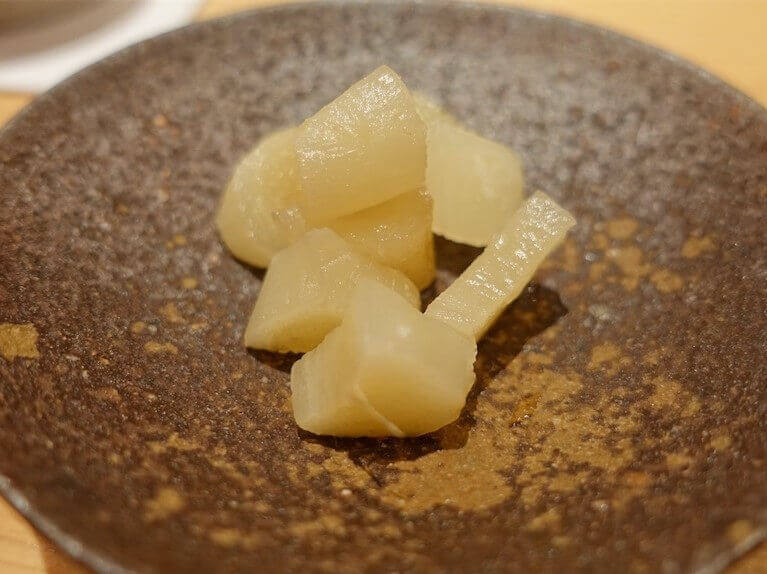 When Gari is made with Shin-shoga, it has a pale peach color finish, and when made with Ne-shoga (Hine-shoga), it is a white color. Incidentally, Shin-shoga and Ne-shoga are made from the same ginger plant. Shin-shoga cultivated in greenhouses is harvested from May to August and when cultivated in open fields it is harvested from September to October. Shin-shoga is characterized by its less pungent spiciness, being less stringy, and having a nice fragrance and texture. On the other hand, Ne-shoga is ginger that was harvested in autumn and stored in a storage shed for at least two months. The skin becomes candy-colored, fibers form, and the original pungency and aroma of the ginger intensify. 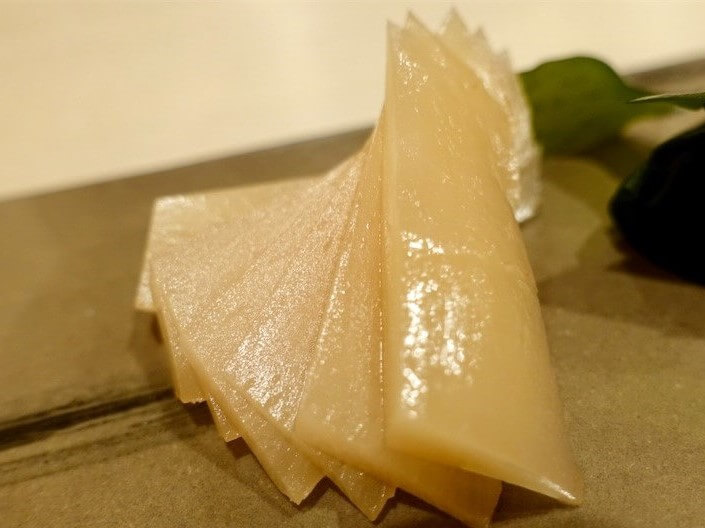 The Gari at each sushi restaurant is different. Some thinly slice and pickle Shin-shoga and Ne-shoga while others cut Shin-shoga into thin strips before pickling. Sushi restaurants that serve Shin-shoga make a year’s worth of Gari from around May to August and keep it in the fridge. At Toyosu Market, pre-sliced ginger is sold and some restaurants purchase this and then pickle it themselves. The market also sells pre-made Gari from China and Thailand, which some sushi restaurants use. The pungency, sourness, sweetness, color and texture of Gari all depend on the restaurant’s own policies. Since the ginger’s original pungency and aroma become indistinct if there is too much moisture left in the Gari, the restaurant squeezes the excess pickling vinegar moisture before serving it to the customer.

Related contents:
Why is sushi served with Gari?

Is it polite to use Gari as a brush to apply soy sauce?