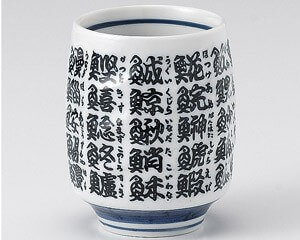 Sushi is a cuisine with high salt content, so you’re likely to get thirsty when you eat it. This will eventually affect your ability to swallow, so you will need something refreshing to relieve that. That is where the tea comes in. But not just any tea leaves will do.

One of the special characteristics of Japanese tea is that it is high in umami components. However, the higher quality of the tea, the more umami components it contains, such as amino acids and glutamic acid. However, this umami does not necessarily bring out the flavor of the sushi. That is because the umami in tea also contains a certain sweetness*.

*A sweet substance called theanine, which is glucose bonded to glutamic acid.

That sweet taste is not welcome when eating sushi. Sweetness has the effects of dulling taste buds to sensations of other tastes. So if you drink a cup of tea with a sweet essence, you won’t be able to discern the real taste of the sushi. 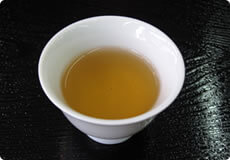 Therefore, when drinking tea with sushi, roasted tea, or powder tea** with less umami is best. However, it is fine for the tea served after the meal to have more umami. When doing a taste test, you use a palate cleanser, but in this case, the only options for this are water, weak black tea with low umami content, or roasted tea (now this has changed to distilled water). From this perspective, it is clear that tea with low umami content is better for really tasting sushi. 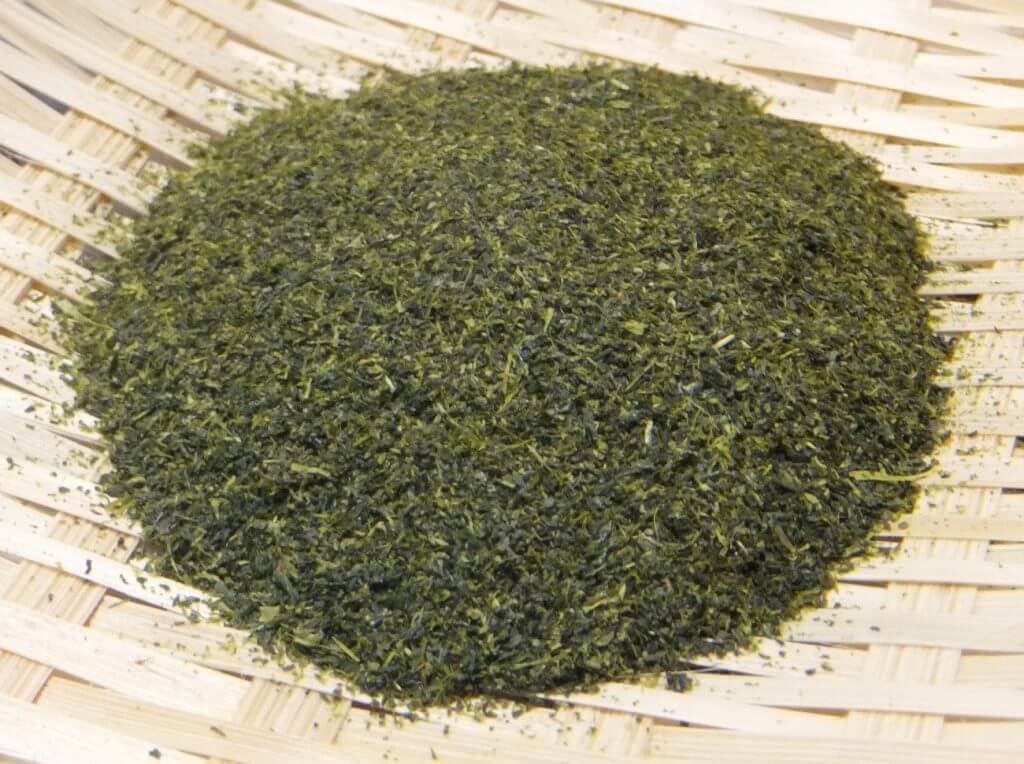 **This is a fine powder-like tea that is manufactured during the process of making green tea. The reason sushi restaurants have used it for a long time is that it is cheaper than ordinary tea, and it is not necessary to brew the leaves, so strong tea can be served immediately. It has less fragrance and umami compared with high-quality green tea, making it excellent at washing away the fats and excessive fish odors.

Umami contains a moderate amount of sweet components, so it has the effect of making you unable to distinguish the special tastes of sushi. Therefore, a roasted or powder tea with little umami goes well with sushi.

Where famous teas are made

You are probably aware that sushi restaurants use konacha (a mixture of powder and fine tea buds and leaves), but this powder mixture is mainly made from sencha (roasted tea). Tea is grown everywhere in Japan, but sencha is practically synonymous with Shizuoka. However, there are other places known for sencha too. For example, it is grown in Sayama, which is located near Tokyo, Ureshino in Shiga prefecture, Yame in Fukuoka, and Tsukigasetsukise in Nara. Samiya-cha from Shigaraki is famous for its fragrance while Mandokoro-cha from Shiga is known for its flavor. There is even a phrase that many tea fans hold to: The scent of Asamiya and the taste of Mandoroko. Famous teas from Shizuoka include Kawane-cha, which is grown upstream of Oi-gawa in Enshumorimachi, and Honyama-cha, which is grown upstream of Abe-kawa and Warashina-gawa. (Revision date: June 27, 2022)

What are Konacha and Mecha?

Why are the teacups at sushi restaurants so big?!