Two types of kitchen knives (hocho) used in Japan are wa-bocho and yo-bocho. 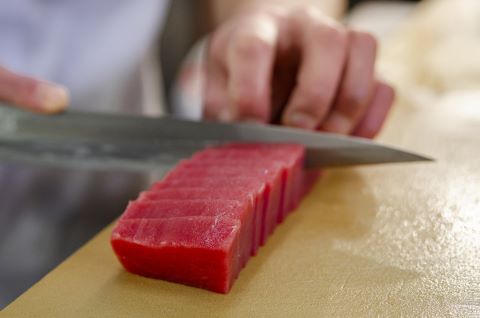 There are several types of wa-bocho and they are categorized by shape and use. The most well-known is the Deba-bocho (hereinafter “Deba”) which exerts significant power for filleting fish like Tai into three pieces (sanmai-oroshi) and cutting through the spine. The Yanagiba-Bocho (hereinafter “Yanagiba”) and Takohiki-Bocho (hereinafter “Takohiki”) are used to make the filleted fish into Sashimi, or even more thinly sliced pieces, while the Nakiri-Bocho (hereinafter “Nakiri”) is used to cut vegetables.

Most of the tasks the Deba is used for require physical strength, so even the back of the blade is thick and heavy. The Yanagiba is shaped like a Deba that has been stretched longer and thinner, and it has a sharp tip. It is thinner than the Deba, so the blade is also sharper. The Takohiki looks like a long and narrow strip, like a Yanagiba with the tip cut off. Although the shapes of the Yanagiba and Takohiki differ, they are used for the same tasks. The Yanagiba is the Kansai design while the Takohiki is the Kanto design. Differences in cultural area are apparent in the different shapes of the hocho. Nakiri also has a thin blade and looks like a rectangle from the side. It has a different look and personality as a cutting tool than the Deba and Yanagiba blades.

Nakiri is made by sandwiching steel between two thin sheets of soft iron and the blade is cut at almost exactly the same angle on each side. This is called a double-edged blade. On the other hand, the Deba, Yanagiba and Takohiki are made by forging thin steel to one side of thick, soft iron and then the blade is sharpened from the soft iron side.

Usually, the most defining characteristic of wa-bocho is that they are made with a combination of steel and soft iron (however, there are some types that are made with only steel using a similar method to that of Japanese swords, which also requires sufficient skill and care). The red-hot knife is quenched by submerging in cold water to harden the steel. The secret to hocho that have sharp blades and don’t bend easily but are easy to sharpen, is in this structure and heat processing. The quality of the cut is excellent thanks to the composite material made from an expert combination of hard and soft irons. This is how the chefs can cut sashimi cleanly, without resistance from the fibers of the fish meat and without hurting the shape of the fish meat. Let’s say that wa-bocho were developed alongside the visually appealing Japanese cuisine and fish-eating culture. 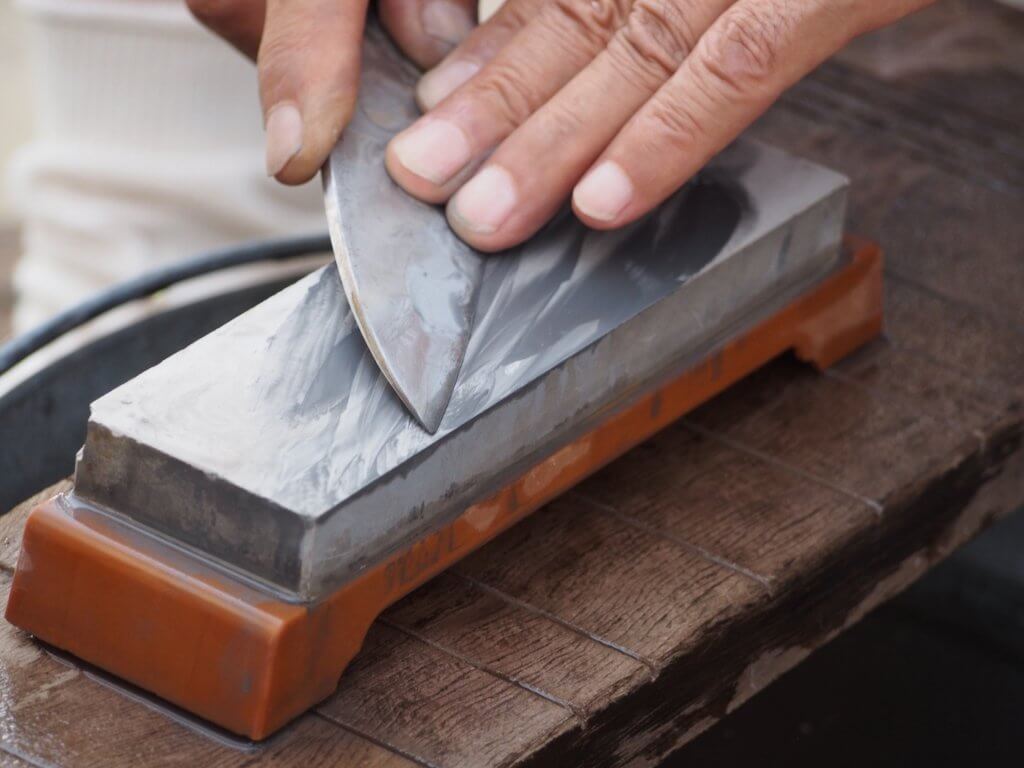 However, there are some disadvantages to wa-bocho. They rust easily and require special skills to sharpen. This is why they aren’t very popular outside of Japan. Besides the three introduced here, there are also other types of wa-bocho with specific uses. Some of these are Hamo-kiri, Unagi-saki, Suika-kiri, Sushi-kiri, Soba-kiri, etc.