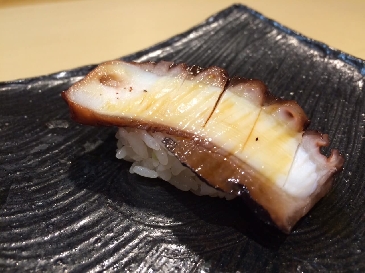 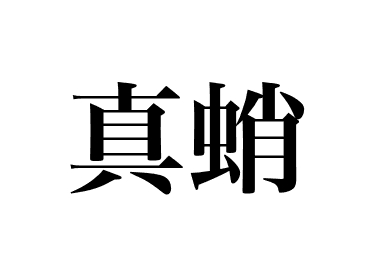 What is Tako?
Tako (common octopus) lives in shallow waters of warm regions throughout the world. Outside of Japan, many keep their distance from this creature, even calling it names like “Devil fish”. Japan accounts for about 60% of the consumption of tako worldwide.

Madako found in Japan is called ‘jidako’ but it is extremely rare and most madako are imported to Japan from Mauritania and Morocco. Compared to jidako, this imported madako is known to be softer and when boiled it turns a vivid red. While Jidako is highly acclaimed for its umami and texture, not only do high-quality jidako that can be found in places like Akashi and Sajima, have firm meat and umami, as well as a unique fragrance.

Tako has the same sweetness and umami aspects as ika (squid) which comes from its taurine, betaine and glycine. The reason the skin of tako turns red when it’s boiled is that the color of the ommochrome, which exists in the chromatophore of the surface of the skin, changes color.

What does Tako nigiri taste like?
Common octopus (Madako) is often used as a sushi topping and comes into season twice a year, in summer and late autumn. It is said that Akashi’s Octopus “walks on its feet” since its limbs are firm. The sushi chef makes small zigzag cuts so-called Kazari boucho on the surface, and its flesh is struck lightly with the corner of a knife and then made into Nigiri sushi. The firm texture and faint sweetness spread in the mouth. There is also a dish called “sakura-ni” which offers a tasty tender octopus flesh.

At Sukibayashi Jiro, tako is served with coarse salt rather than applying Nitsume (which is otherwise always used for Nimono), in order to keep from overpowering the fragrance of the tako.

Trivia: There are fewer and fewer sushi restaurants that buy live octopus in the market and then boil it themselves recently. The flavor of the octopus is greatly influenced by the boiling method. If boiled for too long, some of the depth of flavor is lost, while if the boiling time is too short, the texture becomes limp.

Related contents :
What is used as a substitute for Madako (Octopus)?