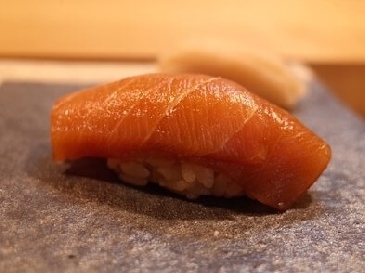 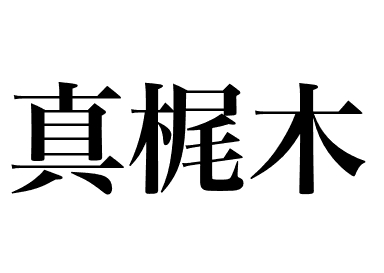 What is Makajiki?
Blue marlin has become widely known from a book "The Old Man and the Sea" by Ernest Miller Hemingway, but it implies the meaning of sport fishing rather than fish to eat. Considered as fine ingredient in Edomae sushi. Fish flesh with reddish spring color has fine and rich taste. Tasty as tuna yet it offers other enjoyment of fish fat.

A Marlin's head is chopped off first and then its body is cut perpendicular to the spine into four steak-size pieces. The first piece from the head is called "ichi-no-kire", the second one "ni-no-kire", the third one "san-no-kire", and the last one "yon-no-kire". Since ni-no-kire is the best of all, that is what sushi restaurants want to get.

Very scarce ingredient that can rarely be seen at even fancy sushi restaurant counter. If you find one, don’t miss the opportunity to try it.