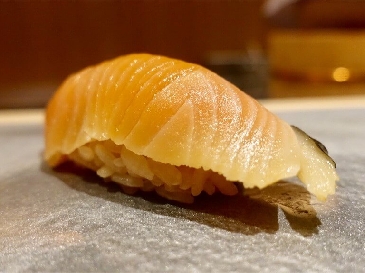 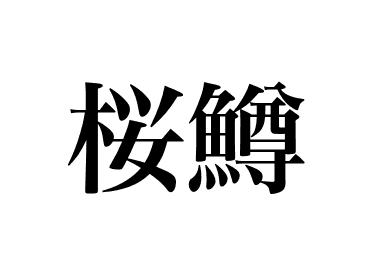 【Nigiri: Shiromi】Sakuramasu is an endemic species to Japan, so the English name is a direct transliteration of the Japanese pronunciation. They are caught in the rivers near the estuaries, when swimming upstream. Normally they spend a year and a half in the rivers then descend to the sea in the spring. After migrating in the ocean for a year, they return to their home river to swim upstream the next spring. In contrast, the type that stay in the river without descending into the sea are called Yamame. The taste is supreme when eaten raw, but there is a risk of parasites so they are frozen immediately after freezing and then used as a sushi topping after a certain amount of time has passed. It has a strong umami flavor and a perfect sweetness. The peak season is spring.