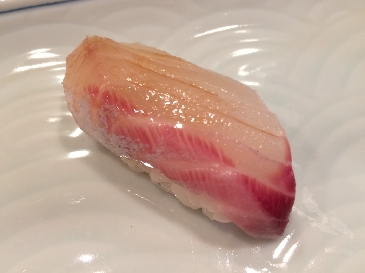 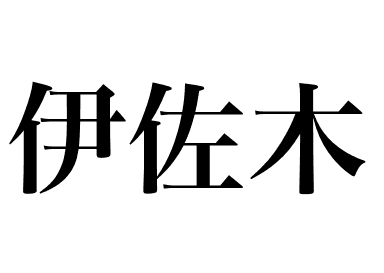 【Nigiri: Shiromi】
What is Isaki?
Isaki is written using a few different character combinations, “鶏魚” (which translates literally as ‘chicken fish’), “伊佐木” and “伊佐幾”. Adult Isaki grows as long as 40 cm. You can find it on the coasts of Japan where there are warm currents. In most cases, fish lose their flavor during the spawning season, but isaki maintains its flavor even when carrying eggs, so it is available to eat during its summer spawning season.

What does Isaki nigiri taste like?
Along with suzuki fish, Chicken grunt（Isaki） comes into season during the summer in Japan. With every bite of the pale-pink flesh, you can enjoy its tasty fat. “Tsuyu (rainy season) Isaki” is a term that describes isaki fish caught during June and July as it becomes fattier and tastier. Combining with sushi rice lets you savor the umami and the sweetness of the fat.

Nutrition and Effects
Sea bass and horse mackerel are seasonal fish in Summer, low in fat and have a refreshing taste. However, Isaki has a high amount of fat for a Spring/Summer fish. There are fish other than Isaki that peak in Summer and have high fat content such as swordfish, conger eel, and unagi, but all of these fish have slender bodies such, so fish like Isaki is rare. As it has a large amount of fat, it is also rich in DHA and EPA, which can delay the progression of arteriosclerosis and prevent lifestyle-related diseases.