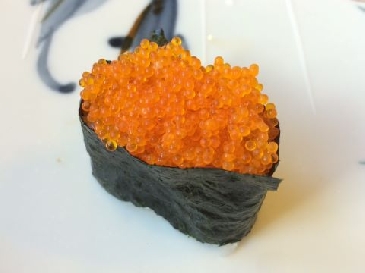 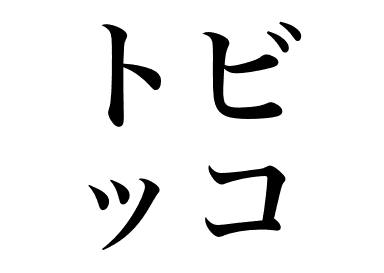 Tobiko is made by adding coloring to Flying fish roe. Each egg is a 1 to 2 mm orange ball and is enjoyed more for its crunchy texture than for the taste. The Flying fish roe is actually a pale, yellow color, so it is easy to dye. It can even be colored green like wasabi and jalapeno, or black like squid ink.

Tobiko has been a long-time favorite for adding color to Chirashi-zushi, but since it is more affordable than toro and uni, it has now also become a popular topping at places like conveyor belt sushi restaurants. The moderate saltiness matches perfectly with sushi rice and nori, and they all bring out the best in each other. Generally, Tobiko is eaten as Gunkan maki (Battleship Rolls) for sushi.

Fish roe is processed as dried food products and salt‐preserved products in Taiwan and Indonesia, shipped to Japan, and then sold as sushi toppings or sprinkled on processed goods. On the other hand, there are many types of Flying fish around Japan, and Tobiko is made from these many types of flying fish. The texture is similar to that of herring roe (Kazu-no-ko), which has become nearly impossible to catch.

Overseas, Tobiko is used often in Sushi rolls. However, you won’t find Flying fish or Tobiko at high-end sushi restaurants in Japan. Neither is accepted as a sushi topping, so make sure you don’t order it, under any circumstances.

Related contents:
What’s the difference between Tobiko and Masago?