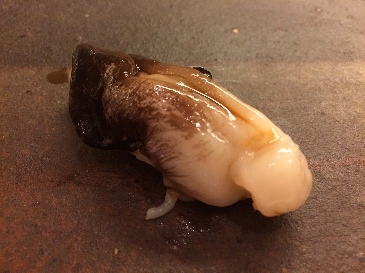 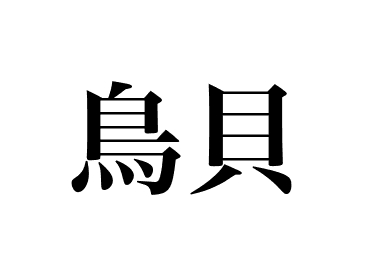 What is Torigai? What does Torigai nigiri taste like?
Torigai is found from Mutsu Bay to Kyushu and lives in the muddy sand floors of waters that are about 10 m deep. People who see a piece of Japanese egg cockle (Torigai) for the first time, perhaps unconsciously hesitate before reaching for it. The name, “Torigai,” comes from its shape like a bird's beak. The more beautiful the color of the ink, the fresher it is. The thicker meat, the better they are valued. The tender shellfish meat is known for its distinctive flavor and fine sweetness. Many sushi fans are fond of this tasty treat. Live Torigai can be eaten raw but that comes with a strong, raw fragrance, so instead they are scalded before using. On the other hand, if you prefer to put this fragrance to use, you should eat it raw. Both raw and scalded nigiri sushi are good in their own ways. Incidentally, sushi restaurants that insist on the traditional Edo-style method, first scald the Torigai, then lightly dip it in sweet vinegar (vinegar with sugar) before using it as a sushi topping.

Torigai is sensitive to changes in the environment and while sometimes they are produced in high volume, at other times they die in high numbers due to sensitivity to hypoxia. In the market, you may see the caught Torigai are kept submerged in seawater from where they were caught, with an air pump to circulate air in the water. They are handled carefully. Therefore, they are rare shellfish that were once shelled and boiled before shipping to the market, rather than being transported and sold live like others.

Eventually, the sale of living Torigai (alive, still in the shell) gained popularity and sushi chefs gained the option of expressing the raw flavor as well. The chefs buy live Torigai from a supplier that strictly maintains freshness and is extremely careful throughout the entire supply process and thorough preparations. If the state of the living shells turns poor, it will not only affect the flavor, the black color of the surface of the meat starts to come off easily (the black pigment is used to assess freshness). The black pigment already comes off pretty easily even when fresh, so after removing the shell, it is prepared on a smooth surface, such as a glass plate, so the black pigment won’t rub off easily. Compared to the Torigai processed (boiled) at the production site/market, raw/living Torigai have a whole other level of sweetness and juiciness. The unique sweetness fills your mouth when you take a bite and the supple texture surrounded by softness creates a pleasant crunch.

At one time, Torigai found in Edomae (Tokyo Bay) was considered to be a treat, but due to the land reclamation in the bay, they have all but gone extinct there. In recent years the most coveted Torigai come from Mikawa Bay and the Seto Inland Sea. Incidentally, most frozen Torigai is imported from South Korea or China.（Revision date: November 26, 2020）

Related contents:
What is Ishigakigai sushi?