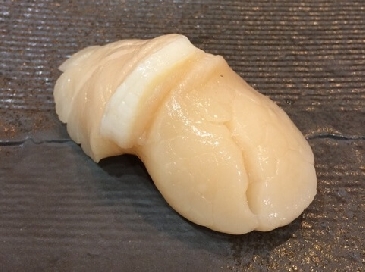 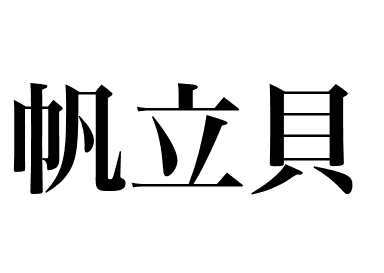 What is Hotate?
Hotate is a Japanese word that means scallop. Hotate lives in the sandy floors of shallow sea waters and prefers regions with water temperature from 5 to 19℃, which means they are found from the Sanriku coast northward. The Sanriku coast is located in Japan’s Tohoku region. There are especially high concentrations along the Hokkaido and Aomori coastlines. For a long time, Japan boasted the highest production of scallops in the world, but China started scallop farming in the 1980s. China’s production has surpassed Japan’s and is now the highest in the world, but they are producing Azumanishiki and Atlantic bay scallops, which are different species and a size smaller than Japanese scallops.

Hotate (Scallops) is rich in protein, fat, calcium, vitamins, iron, phosphorus, etc. The main component of the adductor muscle is protein, and it has the highest protein content of any Japanese shellfish. It doesn’t have a strong kick, and has a flavor that everyone loves that comes from glutamic acid (an amino acid), glycine, alanine, arginine, etc. The adductor muscle also has a high content of glycogen from Spring to Summer, so its umami increases. It also contains taurine, which facilitates eye and brain development and reduces cholesterol.

What does Hotate nigiri taste like?
Adductor muscles of scallop are used as sushi ingredients. They are broadly characterized as ear-stringed cultured scallops from Funka Bay and Mutsu Bay, and natural scallops from the Okhotsk coast. The natural scallops caught in the cold northern sea have a strong sweetness and tender flesh. In summer its flesh becomes even thicker and sweeter.

【Related contents】
What is Saxitoxin?