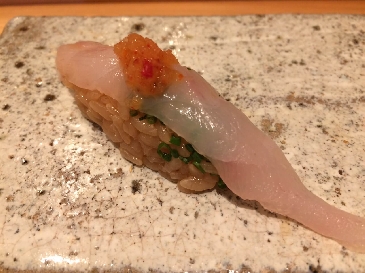 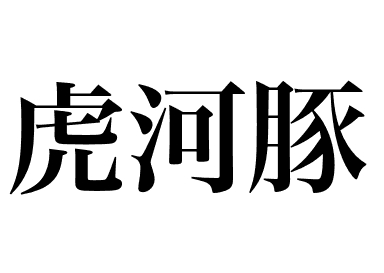 What is Fugu?
Many fugu lives in bays in the western Pacific Ocean and the East China Sea. The most delicious of these is the Torafugu, which has a pattern on its skin like a tiger. As the ovaries, liver and intestines are toxic, the Fugu can only be prepared by a licensed chef in a licensed facility. In 2012 the regulations for handling Fugu in Tokyo were relaxed, so it is likely it will be used for Edomae sushi in the future.

【Nigiri: Shiromi】What does Fugu nigiri taste like?
Because of the very low-fat content of blowfish, you can enjoy its light flavor and fine after taste. The flesh is firm right after it is caught and put away, so it should be set aside for maturing before preparation. It is eaten in winter. However, that is only true for those caught in the wild. Farmed pufferfish is available all year long.

Related contents：
What is Fugu poison?