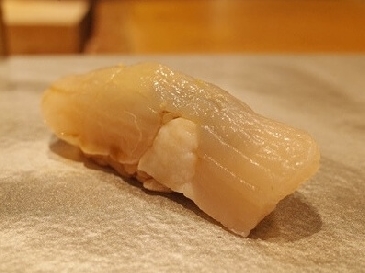 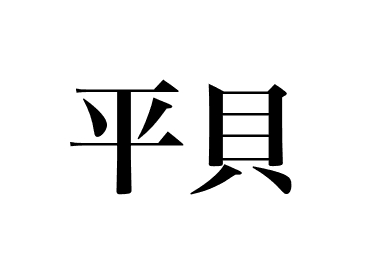 What is Tairagi?
Although its proper name is “Tairagi”, it is commonly known as “Tairagai（Pen-shell）”. The largest ones have shells with lengths of 30 cm and two adductor muscles: one large and one small. It’s the large adductor muscle that is mainly used for food and Pen-shells (Tairagi) are often shelled before they are shipped. The raw version with the shells still intact and used by sushi restaurants, etc., are a bit more expensive.

When a knife enters the Tairagi, the surface of the cut turns into a fine wrinkle. It’s that fine that wrinkle, and the sensation like a rough tongue that proves the Tairagi is alive. When you take a bite, the crisp texture as you bite down, the subtle sweetness of the sea, and the familiar bitterness that almost gets lost behind them, is a combination of flavors specific to the Tairagi and are very satisfying to the tongue. Considered as higher in quality than scallop because of its better texture and taste. It tastes good eaten raw, but its sweet flavor is enhanced when sliced somewhat thickly and grilled.

Trivia: The reason why shellfish is so delicious is the glutamic acid and inosinic acid content, but pen shell also contains high amounts of glycogen (a polysaccharide), which enhances the umami flavor.