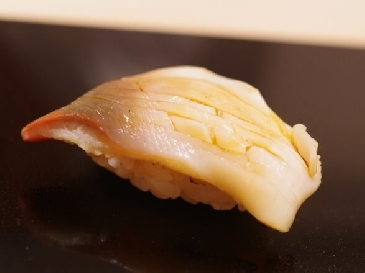 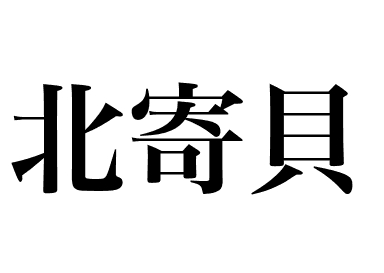 What is Hokkigai?
The official name of this shellfish is ubagai, but at the markets, it’s called hokkigai. Hokkigai doesn’t grow very quickly and it takes 3 to 10 years for one to grow to the 7 or 8 cm required to be sold at the market. They have a long lifespan of 30 years or longer. Hokkigai lives in the sandy areas in the Tohoku region and further north. They can be found from the Hokkaido coast to the Choshi coast in Chiba.

What does Hokkigai nigiri taste like?
Leg portions are eaten as sushi toppings. Immersion in hot water turns the dark tip into a pale purple color and sweetens the taste. Hokkigai is often compared to Akagai and though it’s not as fragrant, Hokkigai is sweeter and more flavorful. There are two types of Hokkigai. One is an expensive black Hokkigai (Sakhalin surf clam) and the other is a more reasonably priced brown Hokkigai (Sakhalin surf clam). Needless to say, the black one is used as a sushi ingredient.

It contains relatively high amounts of protein, lipids and carbohydrates. The carbohydrate level is especially high which makes it seem sweet. The meat has a satisfying texture with a nice crunch when you bite into it, making it a popular topping.

Incidentally, at conveyor belt sushi (kaiten-zushi) and similar restaurants, a cheaper, related species known as Surf clam is used. Most of these are boiled in North America, especially Canada, and delivered frozen, so the taste is lacking compared to the real Hokkigai. However, the lean leg portion is refreshing and also pleasant to look at so it is highly esteemed in the foodservice industry.

Trivia: This clam has a long lifespan, which is said to be over 30 years. It reaches maturity in the third year, so it’s not very different from other shellfish. The best time for Sakhalin surf clam is the winter season, when the glycogen (polysaccharide) content increases, increasing the umami flavor.