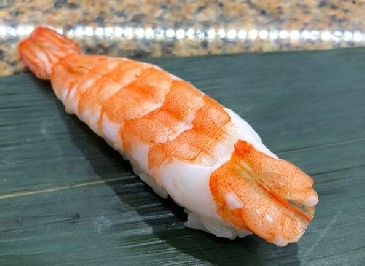 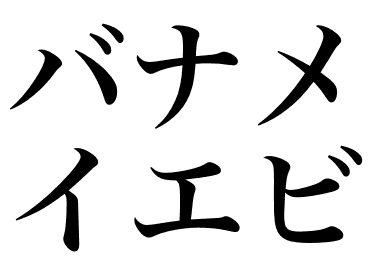 【Nigiri: Ebi/Kani】Vannamei ebi weighs between 15 to 18 g per shrimp. It is a dominant shrimp culture species in the world. Adults occur at depths from 0 to 72 m in bottom mud marine and Juveniles are found in estuarine environment. The farming has increased rapidly because it grows quickly, it is efficient for aquaculture and the body is prettier than the Black tiger shrimp so it looks attractive in the shop. It turns red when boiled and the sweetness and firm texture are just as good as the Kuruma prawn and Black tiger. It is boiled once until it turns red and then frozen before being sold. When it is alive the Vannamei ebi is pure black and turns pure white as it loses its freshness, so it’s easy to tell how fresh it is. Just “shrimp” at conveyor belt sushi refers to this type.

Related contents:
What is Meki? Substitute for Kuruma ebi?