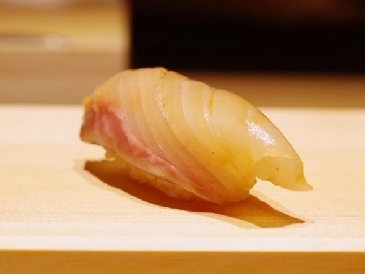 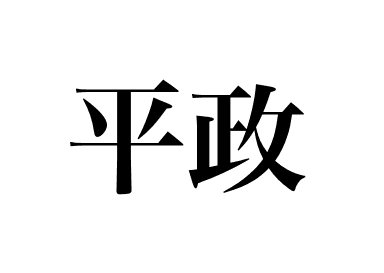 【Nigiri: Shiromi or Iromono】
What is Hiramasa?
Hiramasa is the same genus as Buri and grows up to 1 meter in length. It is a blue-backed fish but its meat is actually treated as a white fish. Hiramasa tends to prefer warmer sea waters than Buri and is found in the Pacific ocean from the open seas near Kinkasan southward, as well as in the Japan Sea from the Tsugaru strait, southward. There is a particularly large population on the west coast of Kyushu.

What does Hiramasa nigiri taste like?
Enjoy the high-quality fat and firm texture. The fish weight of 2-4 kg is considered as grown and ready to be consumed. Natural Goldstriped amberjack (Hiramasa) is prized by many people for being "glossy and markedly better tasting than Japanese amberjack (Buri)".

The fat content of Hiramasa is about 8%, and it is popular for having a lighter flavor than Buri. The flavor is said to be best when the fish is 3 to 4 kg.

Related contents:
Are Hamachi and Buri the same thing?