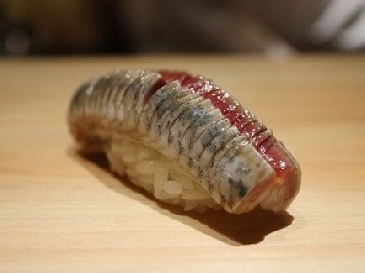 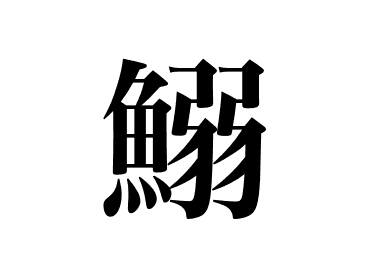 What is Iwashi?
Iwashi migrates in schools on the surface layer from coasts all over Japan to the open seas. When someone says ‘iwashi’ they are generally referring to ‘maiwashi’. Maiwashi is caught in large volume and loses its freshness quickly, so it is treated as a cheap, lower quality fish (called Gezakana). Therefore in the past there weren’t many sushi restaurants that served iwashi as a topping, especially high-end sushi restaurants. However now it is one of the high-priced fish. Once the spawning season (December) is over, the fat content of maiwashi drops to a very low 2-3% but from summer to autumn when the fish is in-season, the fat content increases to 25-30%.

【Nigiri: Hikarimono】What does Iwashi nigiri taste like?
The spot lined sardine are often used as sushi ingredients. Around the time of rainy season, the sardines becomes fattier and tastier. Its flesh melts in the mouth and could be a good treat for sushi lovers. Tastes really good when eaten with refreshing grated ginger and minced green onions. The sardines called koba refers to the fish of 10 cm, chuba for 15 cm and oba for bigger than 20 cm. The chuba sardines caught during the rainy season are considered as the most exquisite.