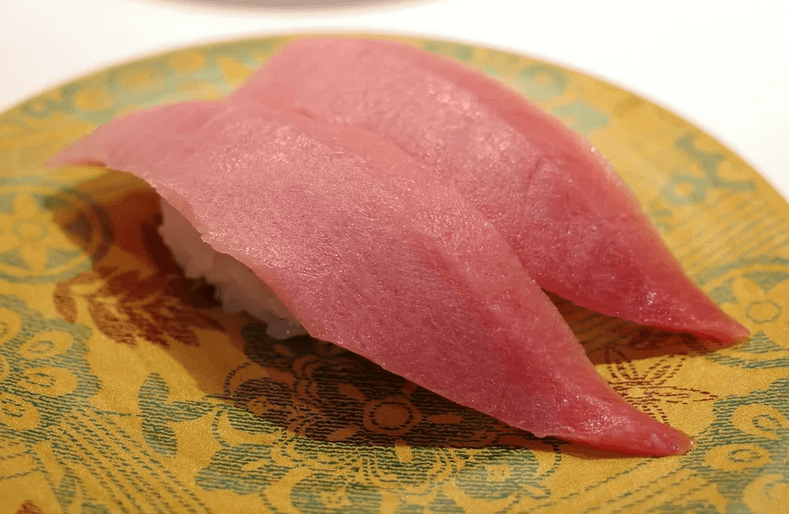 There is only one trick to distinguishing between conveyor belt sushi restaurants (kaiten-zushi), and that is to try eating the tuna as your first dish.

Why is that, you ask? 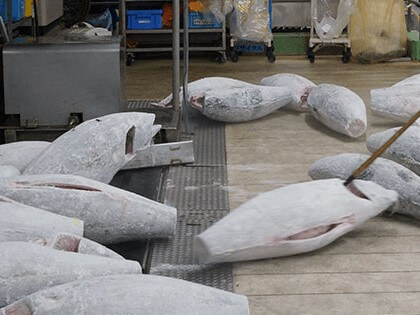 The most commonly used ingredient at kaiten-zushi is tuna. At kaiten-zushi, the tuna is imported and frozen nearly 100% of the time. The most famous is the Southern blue-fin tun, but you’ll also find Boston bluefin tuna, Canadian tuna farmed in fish preserves, inland sea tuna from Turkey and Spain, New Zealand offshore tuna, Atlantic tuna, etc. Also, the season of each type of tuna and the timing of high-volume catch differ, which makes the prices fluctuate greatly.

Therefore, the biggest task of a kaiten-zushi chain buyer is to decide where to import tuna from. Looking for high cost-performance, they watch fluctuations in the market every single day without fail, check the flavor in detail and constantly change the locality.

In other words, the chain restaurant purchaser’s efforts are concentrated on tuna. Restaurants that serve tuna that has lost its fat, is watery or rubbery, clearly either have a purchaser with a poor eye, or poor thawing skills. Therefore, if you are disappointed with that first tuna plate, then reign in your expectations for other toppings. On the other hand, if you enjoy the tuna then you’ll have a lot of other toppings to look forward to.