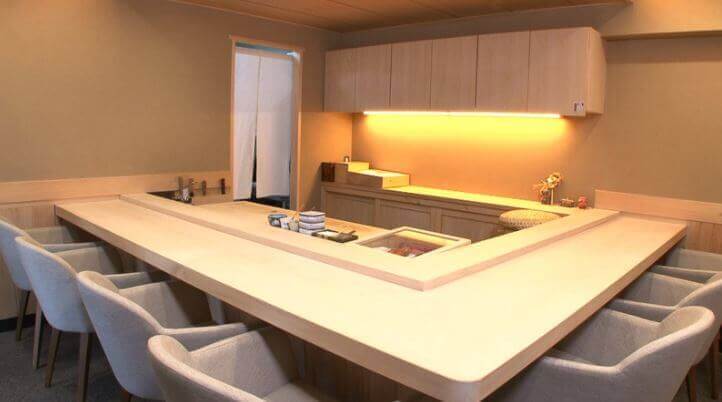 Travelers’ health and safety have always been our priority and today, the focus on public health and hygiene is fundamental to the recovery of our industry.

For the purpose of allowing customers to enjoy SushiUniversity with peace of mind, we have implemented the following measures:

・Temperature check of staff and visitors

・The staff has to wear a face mask throughout the activity 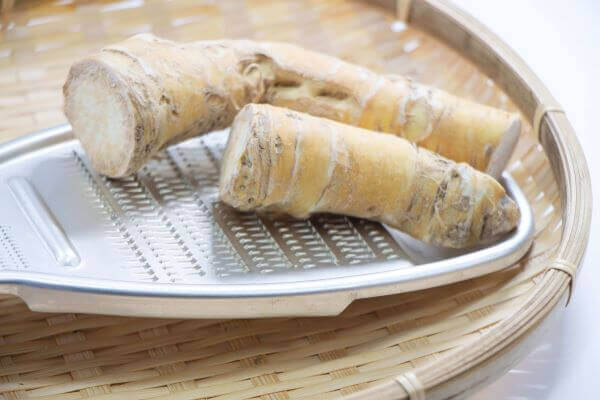 Horseradish is believed to have originated in Eastern Europe. It’s a cruciferous vegetable, alongside mustard, wasabi, cabbage, and broccoli. Horseradish is very fertile, and buds and roots will sprout just by cutting the root stock part to an appropriate size and soaking it in water. Once transferred to soil the roots will multiply quickly even without any other efforts.

Farming of Yamawasabi for food started in the Meiji era and settled in Hokkaido. Currently over 90% of the domestic production in Japan is accounted for in Hokkaido. While it is grown throughout Hokkaido, the vast Yamawasabi fields befitting Hokkaido are especially prevalent in Abashiri and Kitami.

In Hokkaido, Yamawasabi is eaten as an accompaniment to white rice. Grated Yamawasabi is sprinkled on rice and there are also jars of “Soy sauce-marinated Yamawasabi” sold as a normal item at supermarkets. Besides on rice, it is also indispensable to Hokkaido cuisine as seasoning for hiyayakko (cold tofu) and sashimi. 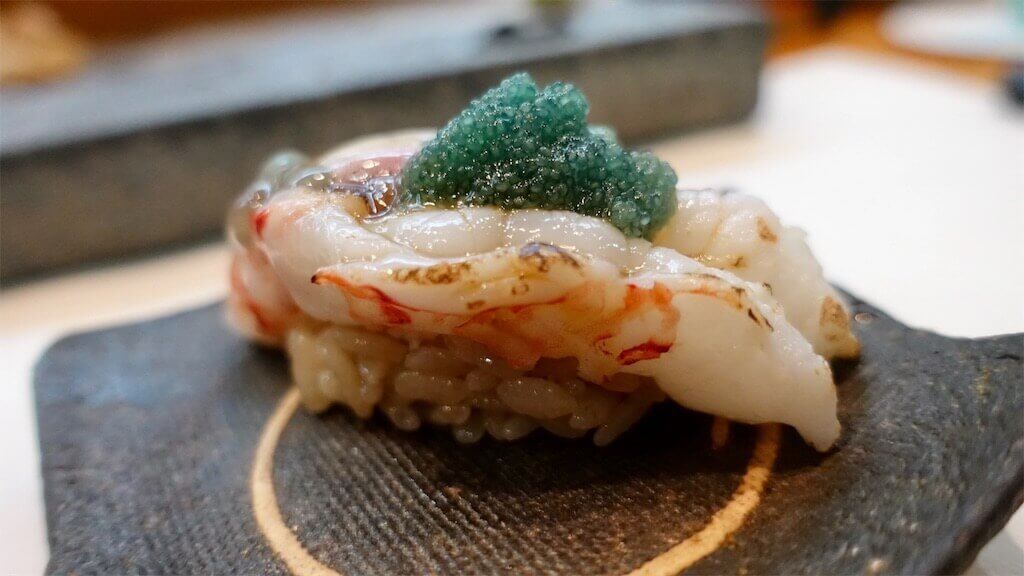 One type of shrimp that is used for nigiri sushi when still raw is Botan ebi. Needless to say, it is an extremely new addition to the Edomae sushi topping list. Interestingly, there are two types of domestic shrimp that are called Botan ebi in the Toyosu Market. 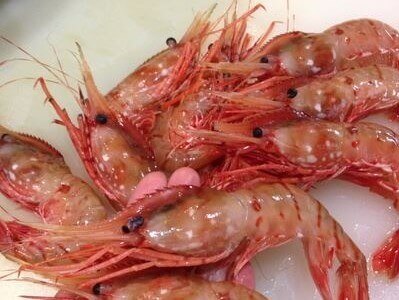 One is called by its Japanese name, Toyama ebi, with a length of 25 cm, lives in the sea at depths of 100 to 400 m, and is normally caught in Funka Bay of Hokkaido on the Japan Sea side. It actually isn’t caught in Toyama very often despite being called Toyama ebi. At the cheapest it still costs US $20 per kilogram, and in rare cases can exceed $200 per kilogram. In the Toyosu Market, it is called “Torabotan” because of the tiger stripes on the shell (“Tora” is Japanese for tiger).

The other Botan ebi is the Humpback shrimp, which is found on the Pacific Ocean side at depths of 300 m or more and has a length of 20 cm. The main production sites are Suruga Bay, Chiba prefecture and Kagoshima prefecture. The catch is so unstable, and at one point it was almost non-existent, making this shrimp so rare that the Toyosu Market brokers have nearly forgotten about it. The price is even higher than Toyama ebi. In Toyosu, it is called “Honbotan”.

All Botan ebi look beautiful, have a pleasant texture and a mellow sweetness that goes perfectly with shari. Even at high-end sushi restaurants, there is no distinction between the two, and they are both served as Botan ebi.

Considering this, being served substitutes for Botan ebi is unavoidable. About 800 tons of the Spot prawn, found in the northern Pacific Ocean, is imported to Japan from the U.S. and Canada annually. The Spot prawn is a close relative of domestic Botan ebi and they can only be told apart by examining the head closely. It is sometimes called Ama ebi or Botan ebi in the U.S. and Canada. Furthermore, one does not taste better than the other. Especially when eaten raw, the sweetness is intense. The peak season is from April to October, and during this time it is imported live, fresh and frozen.

In the Toyosu Market, it is called Spot ebi and separated from Botan ebi, but is used as Botan ebi in various restaurants and inns. The price is a little lower than the domestically produced but is definitely still an expensive shrimp. 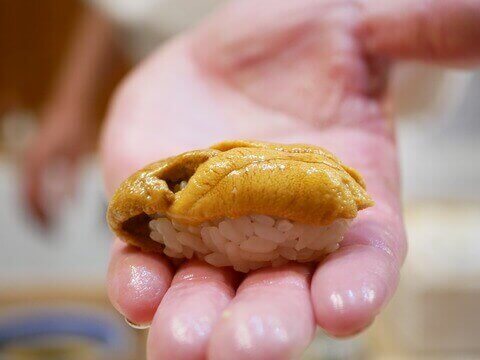 In Japanese, when a compound word is made out of two individual words, and the first consonant of the second word changes from a “clear sound” to a “fuzzy sound”, it is called “Rendaku”. For example, Edomae (江戸前) + sushi (寿司) changes to Edomaezushi (江戸前寿司). However, the correct pronunciation is only generalized among Japanese people, so in this book we chose the most commonly searched version of each compound word.