In the United States, Sea Bream is often called a Red Snapper. However, strictly speaking, this is not correct.

Biologically, Snapper is a generic term for all species in the snapper family (Lutjanidae). Over 100 different species of snapper inhabit tropical coastal waters. Red snapper is mainly fished in the Gulf of Mexico.

So, what is the fish that Japanese sushi restaurants call “tai”?

They say there are over 300 different species of fish with “tai” in the name, making up 10% of Japan’s fish. When we say “tai” in Japanese, we are referring to “madai” or red sea bream. Red sea-bream is categorized in the “madai” family (Sparidae).

Incidentally, relatives of the sea bream often served at sushi restaurants include red sea bream (madai), crimson sea bream (chidai) and yellowback sea bream (kidai). While “kinmedai” (Splendid alfonsino) and “amadai” (horsehead tilefish) have the name “tai/dai” in them, they are not part of the same family as “tai”. Splendid alfonsino is a type of deep-sea fish.

Red sea bream and red snapper look similar, but when served as sushi, their texture and flavors are entirely different. So if you come to Japan, please try and eat natural madai. There is no “zatsumi” (overpowering bitterness) and it has a slight sweetness to it. This is the taste of tai, known as the king of the white fish. Just for your own reference. 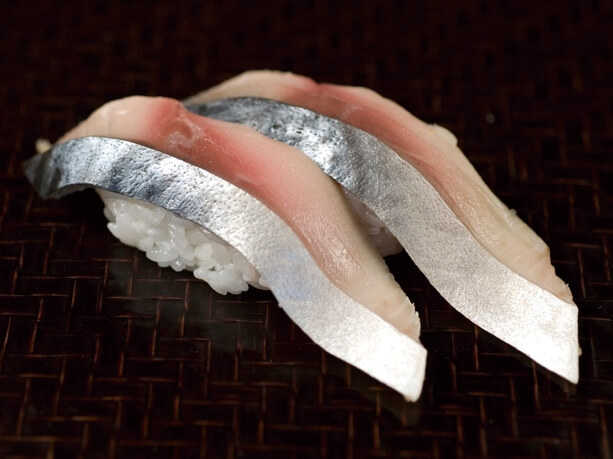 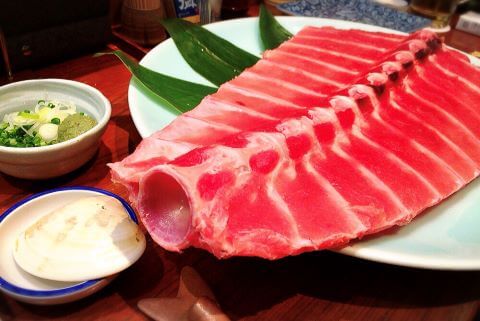 First, what do you imagine when you hear the word “negitoro”?

But the real “negitoro” does not have leeks!

The original name for negitoro was negitoru. It translates to chip away in Japanese. The name eventually evolved to negitoro.

Here we come to the point.

The original negitoro is made from medium fatty tuna or nakaochi* chopped up finely with a knife and then mixed with chopped green onions on top. But the tuna may be switched out with filler, leading to a variety in quality of the negitoro available. 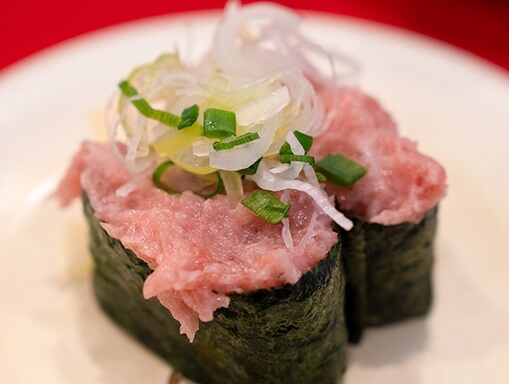 First of all, the lowest in the ranking are the offcuts of tuna that can’t be made into sashimi (mainly Yellowfin or Albacore tuna) and this is mixed with vegetable oil and minced. The type of onion used is normally green onions. You can pick this type out because it will be whitish in color. This version is normally served at conveyor belt sushi.

The medium quality uses the nakaochi of cheap Albacore tuna or Swordfish. 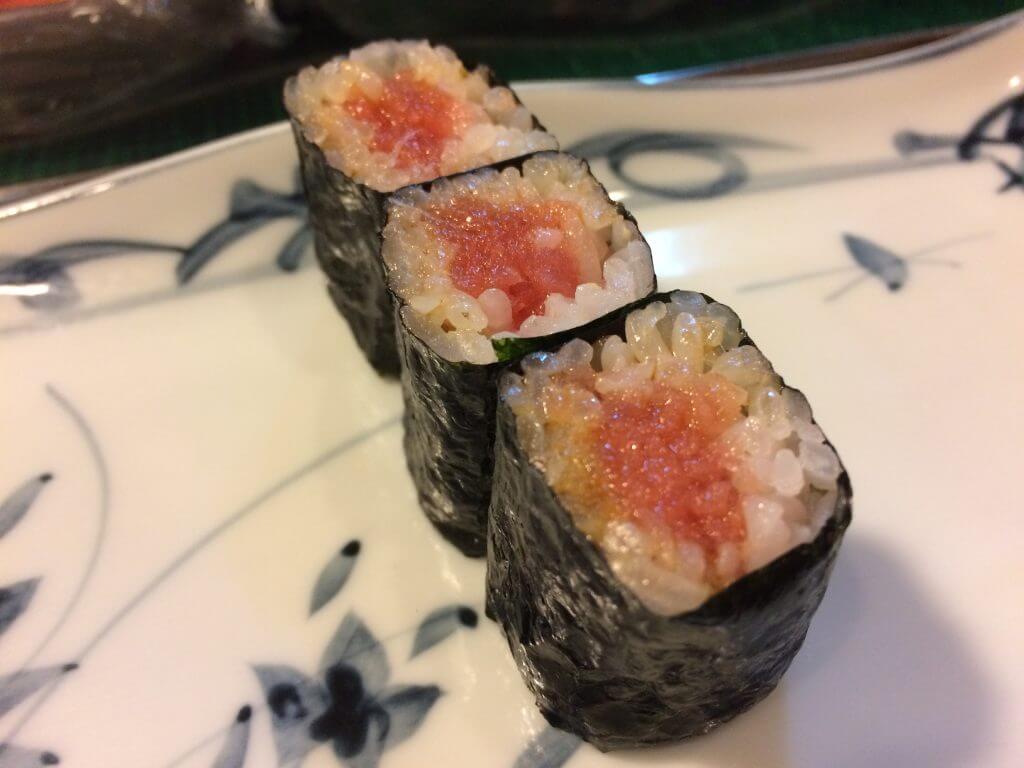 High quality negitoro uses the nakaochi of Pacific bluefin tuna or Southern bluefin tuna. Sometimes the green onion shoots are then rolled up inside. If you have a chance to try negitoro in Japan, we recommend you try the top quality options without a doubt. One piece will probably cost around $15 USD. But that’s the price for the real thing! 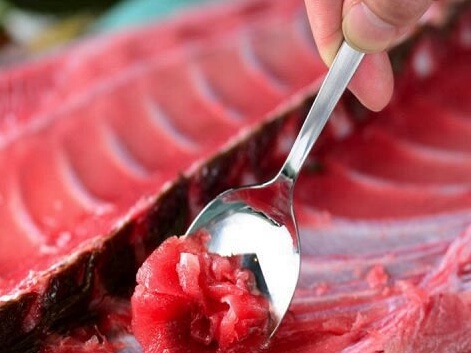 Finally, let me introduce some negitoro trivia. There is a lot of flesh on the middle bone (spine) and the surrounding area for tuna and the like. This is called “nakaochi*”. Scraping the meat from this area surrounding the spine is known as “negitoru”, which is where the word “negitoro” comes from. In other words, the name “negitoro” is not actually from the words onion (negi) and tuna belly (toro).